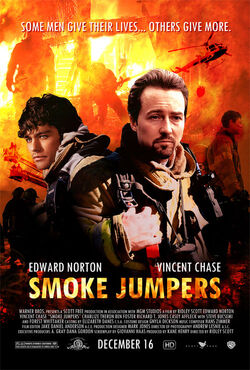 The film was written by first-time writers, which led many to doubt the film's quality. The first version of the movie showed nine firefighters on the night before the biggest fire of their lives and was envisioned as an indie. However, Warner Brothers reportedly gave the film a $120 million dollar budget and armed it with a good cast. During filming, though, differences between Vince and the director (who never wanted Vince in the movie in the first place) caused the film to be shut down and unfinished. However, these unfinished scenes would later land Vince the role of Nick Carraway in Gatsby.